Suicide by children and young people

We found themes that should be specifically targeted for prevention, including support and management of family factors like mental illness or substance misuse, childhood abuse, bullying, physical health, mental ill-health, and alcohol or drug misuse.

We also suggest that there should be:

Actions for young people at risk

Our research shows that some groups of young people are at increased risk of death by suicide, and have unmet needs.

Suicide-related internet use was reported in around 80 suicides by young people each year. This was most often searching for information about suicide methods or posting messages with suicidal content.

We suggest further efforts are needed to remove information on suicide methods from the internet and to encourage online safety.

Around half of young people aged under 25 who died by suicide had previously self-harmed and self-harm in young people was often accompanied with excessive alcohol and illicit drug use.

Self-harm is a crucial indicator of risk and should always be taken seriously, even when the physical harm is minor.

Services that respond to self-harm should work with services for alcohol and drug misuse, as both are linked to subsequent suicide. 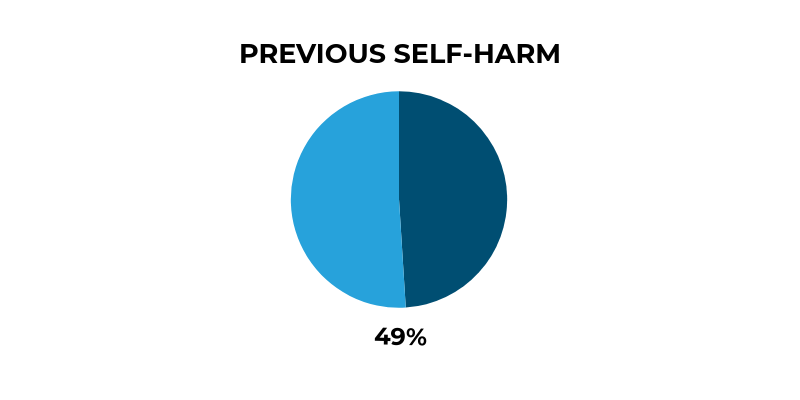 Although we found many common factors in people aged under 20 who died by suicide and those aged 20-24, there was a changing pattern that reflects the different stresses experienced at different ages.

Academic pressures and bullying were more common before suicide in people aged under 20, while workplace, housing and financial problems were more often reported in young people aged 20-24.

The wide range of suicide-related factors reported in this study highlights that suicide prevention in young people is a role shared by front-line agencies, including mental health, social care, youth justice, and education.

However, only around 40% of young people who died by suicide were in recent service contact – in 26% this was mental health care, and often suicide risk was not recognised. 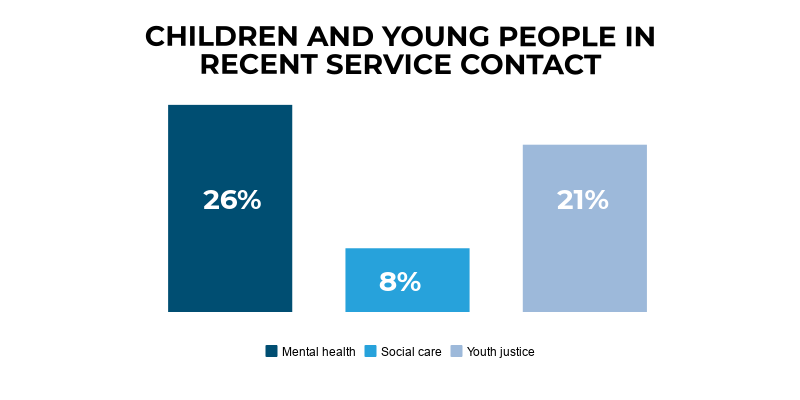 Suicide by young people was rarely caused by one thing. It usually followed a combination of previous vulnerability, with traumatic experiences in early life, a build-up of adversity and high-risk behaviours in adolescence and early adulthood, and recent stressful events.

Each aspect is open to prevention in different ways, such as support for young children and their families, access to CAMHS including self-harm and substance misuse services, and crisis support. 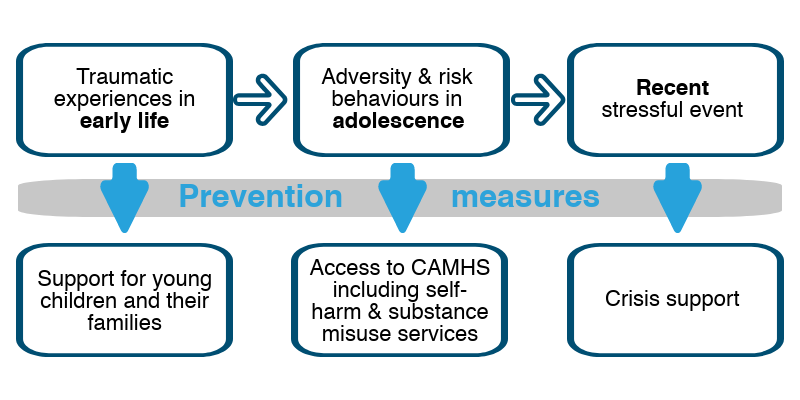 Watch a video of the key findings

Watch a video of key recommendations

Read the publication of our findings in BJPsych Open