“Véxoa: We Know” and Indigenous Artists in Brazilian Art 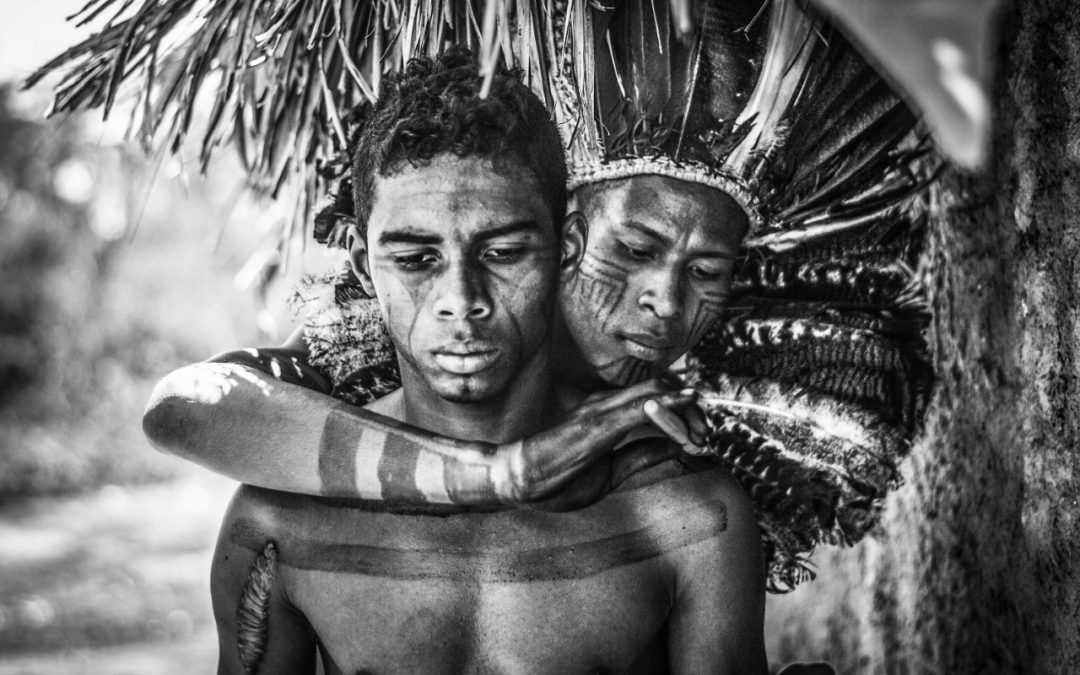 Photograph by Edgar Corrêa Kanaykô, which will be shown at Véxoa: We Know, at Pinacoteca de São Paulo

In the many conversations we have had in preparation for the exhibition Véxoa: We Know, which is due to open soon at Pinacoteca de São Paulo [2], all the points that were raised were subject to discussion, and solutions arrived at. Communication has been very fluid and honest.

Our main intention is to create an exhibition that is not centred around what the curator or the institution thinks, but that profoundly takes into account the position where the artists are speaking from, and what their yearnings are. We also want to share some of their thoughts about this moment – a moment in which I believe Indigenous artistic production in Brazil has achieved greater visibility.

Many people are creating high-quality work, but there has been no anthropological line of reasoning, whether based on geography or on the media being used or other elements of production. In making the selection for the exhibition, we were perhaps looking for the different faces of the various artists. So much so that we have works that come from previous decades, from the 2000s or 1990s. Some of them come from before that. The purpose here is to reaffirm the idea that Indigenous art has been a constant presence. It has always existed, but perhaps it has never been this big or had so much visibility. 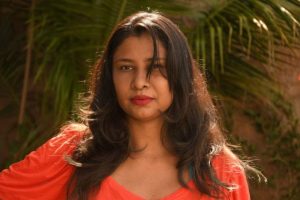 The exhibition, then, follows various paths, ranging from fine arts to video performance and installations. There is a vast range of works that bring together what we refer to as “handicrafts” and “artefacts”, which also breaks with some pre-conceived ideas about Indigenous artists. Even though they are pieces that can be made and reproduced many times, they are not identical. They are not the same. They acquire characteristics that are specific to the person who makes them. They also change with time and carry with them the whole context of their production.

The notion of time has always been present in our search. But I do not mean the kind of chronological time that we live and experience. Perhaps neither is it the time of an art production situated in a well-defined line. Perhaps it is the time that each artist wants to dialogue with. We can see that emerging in the technical questions related to aspects of the production of the artwork, as well as in the physical and flat, cosmological dimensions.

The relationship with time also appears in the layout of the exhibition. When we initially looked at the ground plan of Pinacoteca, it made me think of the particular notion of time that I am referring to. I asked for some works to be positioned in specific places because they refer me to a specific time. I will not tell you what that time is, but perhaps you will be able to notice it when you visit Véxoa.

The Presence of Indigenous Artists in Brazilian Art

My understanding is that the construction of narratives should contemplate Indigenous art as Brazilian art, as art that should be part of this general timeline, and that contemporary Indigenous art – which is being produced with great determination by many artists – should also be the subject of a more consolidated and honest debate.

Thus, when Pinacoteca acquired works by Denilson Baniwa and Jaider Esbell [3], which are now part of their permanent collection, we saw the beginning of a significant change. The timeline I was referring to began to change as well. That is what I hope for: for that timeline to take on a new shape. We know that there are many artists who have works that precede our current moment, but who are not seen as artists or, for some reason, have not entered art circuits yet.

It seems that Indigenous works are the responsibility of ethnographic museums, when we know that there is an aesthetic conception in every piece of ceramic, in every ornament. There are also the wants and the hopes of those who make them, as well as their bio-psycho-social reality and the specificities of the moment in which they create each piece. Indigenous art has always had a relationship with being, doing and socialising. Above all, it has always had a political dimension. If we talk about artistic fruition in the case of Indigenous artists, besides fruition, we are also talking, in some respects, about spirituality. About a mission. About activism. About political art. 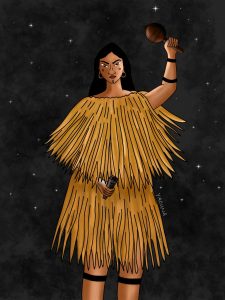 I have discussed this with artists on various occasions. We have had conversations about how each one of them conceives of their works and the current context. I must always listen to the artists to get an overview of everything they say, of everything they do to try to understand the present moment. It is up to them to say what they want to do and what they are doing.

Another point is that when people talk about Indigenous art and Indigenous artists, what they have in mind is some kind of production that will address Indigenous themes. Some Indigenous artists have been discussing that as well, given that some works may not have explicit Indigenous references. But that does not make them less Indigenous, because the artists that made them are Indigenous. That is why we do not want to categorise the artists or to put labels on them. I am not an anthropologist, so it could be that my perspective differs significantly from anthropological work and how it is done. I think I am more of a militant, more of an activist. It may be that I am on the opposite side of all that categorisation.

I believe that what artists mean to say is that non-Indigenous people should not make categories for them or for what they are doing. It’s time to listen to them. They are the ones who should say what they are doing. It is not the business of anthropologists, curators or historians of Western art who have no relationship with Indigenous art to say what Indigenous artists are doing. Anthropology must understand that, and so must all the other disciplines that come up with categories and names, vocabularies and dictionaries, instead of listening to what the artists want to say about themselves. People must learn to talk to Indigenous artists, and not on their behalf.

The opening dates of the exhibition Véxoa: We Know, curated by Naine Terena, are yet to be announced by Pinacoteca de São Paulo. It will present paintings, sculptures, photographs, videos, installations and other works by Indigenous artists and collectives coming from different regions of Brazil.

In 2019, thanks to the Pinacoteca de São Paulo Patrons of Contemporary Art program, the museum acquired works by two contemporary Indigenous artists: “A Spell to Save Raposa Serra do Sol”, by Jaider Esbell, and “Voyeurs”, “Menu”, “Mourning”, “Display”, “The Modern Anthropologist Was Already Born Old”, and “Civilization, At Last”, by Denilson Baniwa. All artworks will be exhibited as part of Pinacoteca’s permanent collection. You can see them here.

Naine Terena is a researcher, a professor, an artist, and a curator. She works with multiple artistic languages and media. Naine holds a PhD in Education from the Pontifical Catholic University of São Paulo (PUC-SP) and a Masters in Arts from University of Brasília (UnB). She has a degree in Social Communication – Radio from the Federal University of Mato Grosso (UFMT), and produces environmental and cultural projects with Oráculo Comunicação, Educação e Cultura. She was a post-doctoral fellow at the Laboratory of Studies on Information and Communication in Education at the Federal University of Mato Grosso Institute of Education. In 2019, she participated in the Verbier Art Summit, in Valais, Switzerland. She is currently dedicated to curating the exhibition Véxoa: We Know, which opens at Pinacoteca de São Paulo in the second semester of 2020. Naine lives and works in Cuiabá, Mato Grosso, Brazil.

Edited and translated by the Cultures of Anti-Racism in Latin America team.