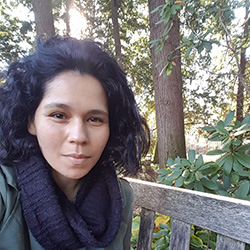 I am currently a Research Associate at the University of Manchester. Before coming to Manchester, I was a postdoctoral fellow in Translation Studies at the Department of Modern Languages at the University of São Paulo (DLM-USP), where I also completed a doctorate in Linguistic and Literary Studies in English in 2016, after defending the dissertation “Paper Skins: Pathways in the poetic translation of Amerindian verbal arts “. On both occasions, I was a CAPES scholarship holder.

My main research interests are Amerindian arts, translation studies and political, social and environmental activism in Latin America, with a focus on Brazil. I was a visiting researcher in the field of Iberian and Latin American Cultures at Stanford University and a teaching assistant at the Institute of Brazilian Studies at the University of São Paulo (IEB-USP). I collaborated with the Centre for Globalization and Cultural Studies at the University of Manitoba in the Brazil / Canada Knowledge Exchange project, funded by the Social Sciences and Humanities Research Council of Canada (SSHRC). In addition, I participated in the Amazonian Poetics project at Princeton University, a partnership between Brazil LAB / Princeton and the National Museum / UFRJ, alongside indigenous and non-indigenous researchers and artists. 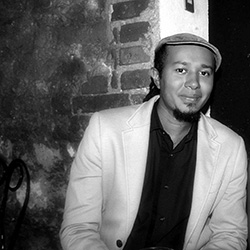 I am currently a Research Associate at the School of Social Sciences at Manchester University. I did a PhD in Anthropology at the Center of Higher Studies and Research on Social Anthropology (CIESAS) in Mexico. I carried out fieldwork for 13 months in Belize, exploring  the construction of Afrodescendant Creole identities, political mobilisation and contemporary nationalism driven by the state. I got my MA in Social Anthropology, also from CIESAS, in the field of legal anthropology, working with Black Mexican communities with a focus on socialization within family relationships, “race”, gender and beauty in the context of struggles for recognition.

I have done fieldwork in Colombia exploring racism and construction of ethnic-“racial” categories in the context of recognition, multiculturalism and identity using linguistic and discourse analysis approaches with a focus on civil organizations and activists in the Caribbean coastal region of Colombia. By conducting analysis on Champeta and Vallenato music, and narratives about discriminatory events, I have focused on the way in which the relationship between inclusion and exclusion was experienced by actors in various public and private contexts, such as family, school or spaces of entertainment.

I did a BA in Linguistic and Literature at Cartagena University working on narratives of racism produced by children and teenegers from private and public schools in Cartagena. My lines of research also include the analysis of literature, in particular, novels and poetry from Black Caribbean writers not well recognized by the literary canon of the Colombian academy. 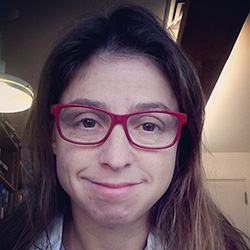 I am a Research Associate at the School of Social Sciences of the University of Manchester. As a member of the project team, along with Ignacio Aguiló, Ezequiel Adamovsky and Alejandro Frigerio, we will explore artistic challenges to racism in Argentina.

My research brings the politics of Indigeneity and race into inquiries of space, the city and mobilities, through a focus on embodiment, affect and gender. Through 18 months of fieldwork for my doctorate, I have traced how urban Indigenous people in Buenos Aires confront spatial segregation and racialization by indigenizing the city, and through mobilities linking them to their territories and other urban communities. More recently, I have turned my attention to the formations of race and masculinity in the military, tracing the experience of Indigenous men who have served in the Argentine army. While my scholarship is shaped in conversations with researchers working on Indigeneity and race, spatial politics, gender, and Latin American studies, my work emerges out of long-term relationships, established in the early 2000s, with Indigenous communities in Argentina. The outputs of my work include dialogic writing with Indigenous intellectuals, publications in English- and Spanish-language academic journals, short articles on current affairs, community exhibits. I have written on Indigenous politics in Argentina, the regulation of Indigenous mobilities and the affective imputations to it, and on racialization of shantytowns and Indigneous bodies in Buenos Aires. I have translated articles from Indigenous people, activists and feminist writers and organizations for disseminating in English.