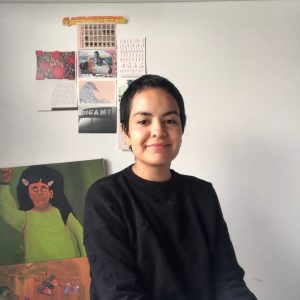 I am a visual artist, with a degree specialising in pedagogy and currently studying for an MA in  Cultural Studies at the National University of Colombia. As an artist, I work in graphic design, illustration and ceramics. My research interests are focused on educational processes within museums, their political function in relation to multiculturalism, diversity, patrimonialization and museumification in Colombia. 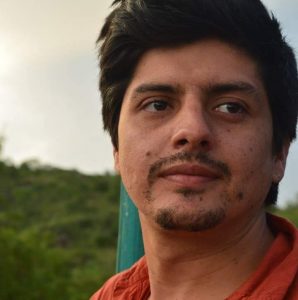 Pablo Cossio Vargas was born in Santiago de Chile. He has a BA in Sociology from the University of Buenos Aires. He is a researcher and social activist on issues of migration and childhood. He is part of the Gabriel Chausovsky Observatory on Migration and Asylum together with the Argentine Commission for Refugees and Migrants. In addition, he is one of the founders of the Migrant Workers Bloc and the National Migration is Not a Crime Campaign, civil society organizations that seek to influence Argentine immigration policy. Also, he is coordinator of the Migrant Consultation Network, a space that works on the governance of migration in various popular neighbourhoods in Buenos Aires.

He is currently researching the institutionalization of migrant children in the centres for restitution of rights of the Council for the Rights of Boys, Girls and Adolescents of the Buenos Aires city government. 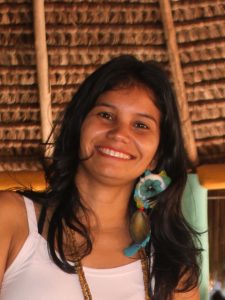 Arissana Pataxó lives in the Coroa Vermelha Indigenous community in the Bahia region, one of the largest urban villages in Brazil, where she works as an art teacher and patxôhã language teacher. She is a visual artist and has created several exhibitions and artistic projects in Brazil. She has a degree in Fine Arts and a Master’s in Ethnic and African Studies from the Federal University of Bahia and she is currently pursuing a PhD in Visual Arts at the same university. 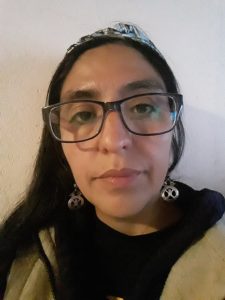 I have a degree in Social Communication from the University of Comahue, I did a Master’s in Social Anthropology at IDES-UNSAM and I am currently a PhD candidate in Anthropology at the University of Buenos Aires. I am also a teacher at the National University of Río Negro, Andean Campus, in Argentina’s North Patagonia. I am a member of the Mariano Epulef lof (Mapuche community) in the Anecón Chico area in Río Negro. I participate in the project “Cultures of Anti-racism in Latin America” ​​as a research assistant with the team in Argentina that analyzes how Mapuche and Afro-descendant theatre contest racialized formations of otherness as they intersect with gender, space, archives and social memories.

My doctoral research topic addresses the link between the transmission and updating of memories of displacement and the construction of forms of communalization, assemblage, belongings and Mapuche territorialities after the military conquest by the Argentine state. Likewise, as part of the Research Group on Territorializations, Alterities and Collective Agency in North-Patagonia (GITAAC), I investigate the effects that genocide against indigenous peoples has in the present, through the analysis of local, provincial and national policies aimed at indigenous people in relation to the distribution of land. I also participate in research projects that focus on the revitalization of the Mapuzugun language in connection with formal and non-formal educational spaces as part of the agenda of demands for historical reparation promoted by the contemporary Mapuche movement.

Yacunã is an Indigenous activist and visual artist from the Tuxá de Rodelas/Ba ethnicity.  Her works are strongly influenced by spirituality, memory and the wisdom of the elders of her people and allow a new look at the contemporary Indigenous people who move between their villages and large cities, building a front of resistance.