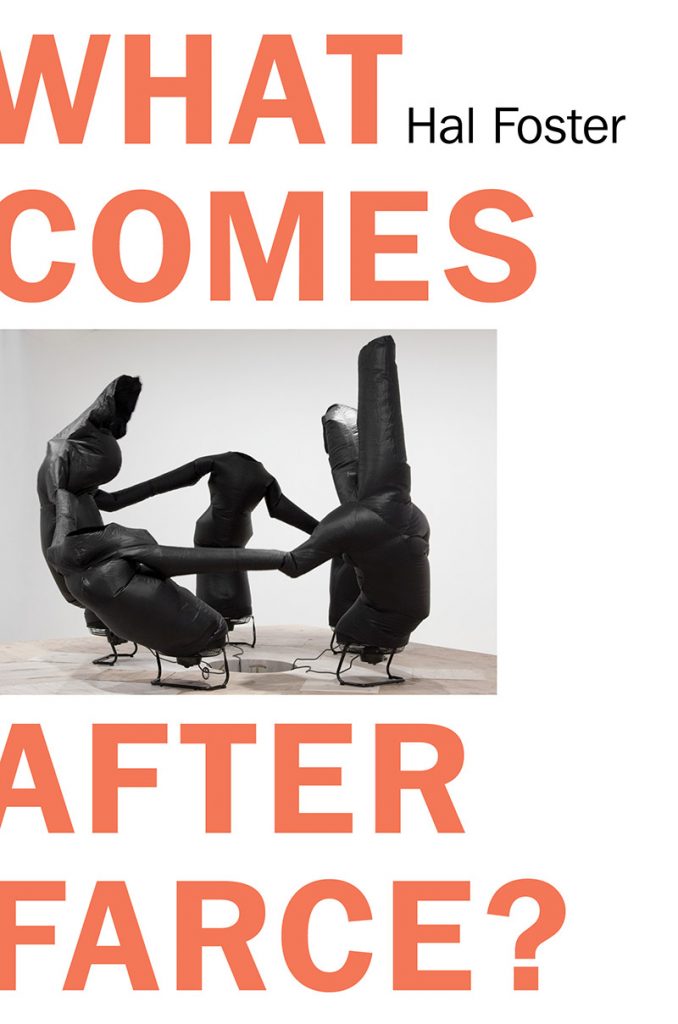 Thoughts on Art and Politics

I was reading some reviews of a book by art critic Hal Foster, called What Comes After Farce? I think it is relevant for our CARLA project because it tackles the question of the political engagement of art in the current climate. According to the reviews, Foster argues that the traditional modes for art to make a political critique are either through the “hermeneutics of suspicion”, which revealing a hidden truth behind an ideological façade or a hegemonic discourse/practice; or through satire and mockery (which also hint at hidden truths). But in today’s political climate, the truth has been put (more than ever) into doubt in a very public way – who knows what is fake and what is real news? There are “alternative facts”. Also mockery seems to have its limits in a political world in which the absurd becomes normalised as a political tool and leaders such as Trump and Bolsonaro, while apparently thin-skinned and sensitive to criticism in some ways (they sack critics and ban critical reporters), also seem immune to ridicule and even promote some of their mocked behaviours as laudable traits.

Meanwhile art has either become co-opted by the commercial world, or become engrossed in affective reactions, in which the main criterion for judging a piece of art is whether it moves you (which sometimes leads the artist to try to engender a sense of the sacred and thus move the audience with feelings they take to be religious/spiritual).

It seems Foster does not provide a clear road map out of this seeming impasse, but one review suggests he likes work that is “concerned less to expose a given reality behind representation than to reconstruct an occluded reality … by means of representation” (Foster’s words). Some artists that Foster likes “take a situation to which we have become resigned or inured (racialised state violence, political malfeasance) and breathe new life into it through aesthetic experiments that heighten its urgency and affect. The aim here ‘is not to demystify or deconstruct the real but to activate it’, and thus surmount the emotional disconnect between ordinary people and political life: to make the former feel the latter” (reviewer’s words).

Affect, then, is apparently not in itself a cul-de-sac, but perhaps only the more sacralised aspects of it, which risk leading to depoliticised transcendence. But it seems that it is the “activation of the real” that matters and this accords with Foster’s opinion that we urgently need “a science of agnotology, or the analysis of how it is we do not know or, better, how we are prevented from knowing” (Foster’s words).

To me, this sounds not far from pretty standard political critique and it seems to harmonise with, for example, Black and Indigenous activists’ attempts to get a realistic tally of Black and Indigenous Covid deaths and also expose the machinations of the state in concealing these by under-reporting and classifying dead people as pardo. Is this kind of visibilisation an “activation of the real”? Art like that of Denilson Baniwa that juxtaposes “traditional” indigenous figures with “modern” technologies could also be seen as activating the reality of indigenous experience today, especially in urban contexts. Maybe I am being simplistic and need to engage in more depth with Foster and the artists he likes…

A Roundhouse-Museum for Feliciano Lana, the Son of Dream Drawings
CARLA Researcher in Webinar on "Creative Engagements on the Front Lines"
Sankofa's Afro Dance: Another Form of Anti-Racist Writing?