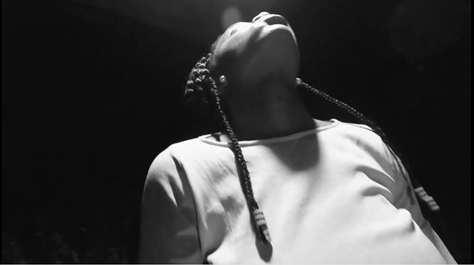 Writing has certain uses and effects that have been widely discussed. Witnessing, regulating, preserving memory, etc., are some of them. Likewise, the transition between orality and writing has been the subject of various interpretations in the social sciences and in literary theory. However, it is curious that little attention has been paid to the passage between writing and other registers of inscription, such as the body, for example. Writing is a semiotic act that uses various codes – verbal, gestural, graphic – whose function is to communicate something in particular contexts. Writing makes sense because it is a cultural artifact that is produced from a ‘place’ of enunciation. After the pioneering works of J.L. Austin on the performative nature of language, writing took on a pragmatic character, by means of which things are not only ‘said’, they are also ‘done’.

On the other hand, the body, as Foucault has mentioned, is a site for the writing of history; or put another way, it is the page on which time writes. The body is also the favourite instrument of performance in arts such as theatre and dance. This means that performance makes the materiality of the body its vehicle for existing in the present. The performative act is itself an act of transference, where knowledge, memory, sense of identity, among others, are transmitted (Taylor, 2002: 44). According to certain epistemological positions, through performance certain ‘truths’ of life are captured and/or expressed in the present instance, so that performance is the act of the moment (Phelan, 2003). This belief has been in development from the time of classical theatre – for example, Greek tragedy – to other more modern performative expressions such as contemporary dance.

The end of September 2020 saw the premier of the work Soledades Compartidas en Tiempos de Pandemia (Shared Solitudes in Times of Pandemic) by the Corporación de Danza Afrocolombiana Contemporánea Sankofa (Corporation of Contemporary Afro-Colombian Dance Sankofa), in Medellín, Colombia, directed by the maestro Rafael Palacios. The work is a series of 26 videos that make up an audio-visual narrative, where the body is a mediator in the communication of personal experiences that occurred at various times in the lives of the dancers. We do not know anything about these experiences, except that they were previously ‘told’ through letters, therefore, they were ‘real events’. Thus, the combination of musical rhythms, gestures, intimate spaces, contortions, steps and sequences are elements of another form of writing, which goes beyond the borders of the verbal sign, to move onto the terrain of a body that dances in performance.

In the videos, recorded during Covid quarantine, there are also elements that configure the dramaturgy of this corporeal writing. Earth, shoes, water, candles, pictures, fishermen’s nets, toys, etc., are part of a narrative that ultimately generates audio-visual stories with high emotional and symbolic content. Death, forced displacement, violence, losses, nostalgia, childhood and absences are, among others, the themes addressed in the work, unnoticed most of the time by the viewer.

Of course, dance is a language and, like all language, it is loaded with meaning and performativity. As a language written with the body, it is highly evocative, polysemic and full of so much symbolism that we cannot say with certainty that the subject of these videos is one thing or another, although they make us feel and move us in a field beyond words. But what does this corporeal writing tell us? What does Sankofa’s contemporary dance language show us?

In Sankofa’s Afro-contemporary dance, the aesthetic and the political are juxtaposed. The dance arises from its own particular positionings that are at once individual and collective. The experiences that are narrated in the videos of Soledades Compartidas, although individual, are traversed by a combination of exclusions shared by the Afro-Colombian dancers, which have permeated their lives at different times. Sankofa’s dance project is presented as a form of struggle against racism through self-referentiality, that is, by investigating the collective experiences of exclusion and resistance of Afro people – see for example the work La Ciudad de los Otros (the city of the others) – and the revalorisation of Afro people’s knowledge and history. Therefore, Sankofa’s Afro-contemporary dance is above all a discourse that deals with unnoticed problems – such as racism – that affect Afro people in a particular way.

During the month of August of this year, in Colombia there were 4 violent events that resulted in several deaths in the Afro-Colombian population. In Cali, 5 Afro adolescents from working-class areas were found dead after they went to fly kites on a vacant lot. In Tumaco, 6 young Afro-Colombians were murdered in broad daylight. In Samaniego (Nariño), 8 young people from the working classes were killed while celebrating a birthday. In Cartagena, a young black man was killed by two policemen while working in a motorcycle wash. To these murders can be added others that occurred in previous months, the majority against young Afro-Colombians. The massacres, perpetrated by criminal cells related to drug trafficking and agents of state security forces, constitute a systematic reign of cruelty against young Afro-Colombians in different parts of the country.

Despite local outrage among family, neighbours and friends, which generated brief mobilisations and protests, Colombian society took little interest in all this. The news narrated the events with coldness and curiosity, the deaths went almost unnoticed. Likewise, the state authorities limited themselves to saying ‘we are investigating the facts’ without seeking justice or reparations. Racism against the Afro-Colombian population is not an issue that moves national society, which is quite accustomed to high levels of violence in general. Events like these are justified with the assumption that ‘these people must have been doing something bad’. It is difficult to clearly identify that these events have a racialized dimension, despite the fact that they systematically affect a particular social group – ‘black’ people and indigenous people (although it is true they are not the only ones). These actions are unlikely to defined or named as racist, even though the observatories on discrimination in Colombia have warned that armed violence and displacement have disproportionately affected Afro and indigenous people in the country. (For example, according to the figures of international organizations such as the UN Peace Observatory, more than 500 indigenous and Afro-descendant leaders have been assassinated since the peace accords were signed in 2016. There is, of course, a correlation between territories inhabited by these populations and violence due to the armed conflict, which partly explains this pattern.)

Although the manifestations of violence in Colombia also affect the non-Afro and non-indigenous population, racism in Colombia operates through a convergence between class and ‘race’ that is very difficult to disaggregate and even distinguish. On the one hand, racism continues to be seen as a moral deficit, an individual prejudice of certain people and/or institutions against others. For example, it is seen as newsworthy when an Afro man or woman is not allowed to enter certain places, or when there are stereotypical representations of black people in the media. On the other hand, rampant violence, such as police brutality against young people, both black and nonblack, is interpreted in terms of abuses of power or mistakes in protocols, etc., never as something that is linked to devalorising perceptions of certain social classes associated with particular racialized groups.

So, given the alarming levels of violence and inequalities against Afro, indigenous, peasant and young people from the working classes, racism remains unaddressed because it is almost always thought that these events have to do with something else, never with their social class, their origin or their ‘appearance’.

In this context of ignorance and blindness to racism, Sankofa’s dance project shows us one dimension that exposes the most intimate, personal and everyday effects of the exclusions caused by racism, which becomes an experience inscribed on the body and an event that destabilises life. The corporeal writing of dance in Soledades Compartidas is a way of narrating/saying in another language what can no longer be said with words. Attempting to describe what cannot be said in words is in itself a contradiction. However, if we take as an example Liliana Hurtado’s video, ‘La salida es para adentro‘ (The exit is on the inside), we see several elements that allow us to outline some characteristics of dance, such as corporeal writing and performative act. We see a young Afro woman shut into a dark, small dungeon, barely lit by a light that comes from above. Over her head hangs a thin string that, when pulled, lights a small bulb. The dancer begins to move slowly, as if rocked by a soft melody. Then, she begins to contort abruptly, while moving her hands up, around the light, touching the walls of the cave with the palms of her hands, trying to reach the vortex, the exit; she tries to catch the light. She twists and pulls at herself roughly as if she wants to rip her skin off. At the same time, a guitar melody moves from piano to forte until it climaxes with sporadic percussion. In the end, the ballerina calms down, looks at herself, bows her head and is enveloped by darkness. 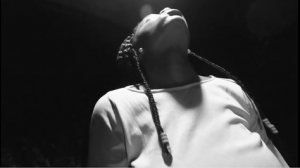 When we watch the video, the performance quickly connects us with a series of rising sensations such as the terror of confinement, anguish, helplessness, dissatisfaction, despair, and resignation. Although we do not know the theme that gives rise to this mis-en-scene, the language of the dancer’s performance has been able to transmit all these sensations directly from her body to ours without a single word. As someone once said, ‘the word blow can never replace the forcefulness of its impact.’ Before we begin to make associations of meaning, and even dare to ‘interpret’ what we saw, we have already been traversed by the feeling of ‘being trapped’ in a place we may never be able to leave.

Contemporary dance moves within the field of the performing arts. In dance, the body knows that it occupies a space of ‘unutterability’, a place of impermanence (Gortovnik, 2012). However, dance is a discourse through which things are done: it moves, it persuades, it shudders, it makes an impact with the body. As corporeal writing, performance conjugates the present, it is an act that pours all its strength and ‘truth’ into a single moment (Taylor, 2020). Although Liliana Hurtado’s performance lasts just 3 minutes and we can watch it as many times as we want – because it is a video – the onslaught of sensations from the first viewing does not repeat itself with the same intensity. However, through the body, it has shown us a message that can be remembered, that is, a place to which we can return. After words have been emptied of their enunciatory power in the face of the impact of oppressive experience, the gestures, movements and gaze, which are articulated to dance as performance, appeal to an affective dimension, a terrain where reason falters and feelings emerge that move us and perhaps convince us that ‘something has happened to these people’.

Talking about racism will always be necessary. Showing the ways in which it operates and combines with other factors along with ideas about ‘race’ to form exclusions is one way to combat it. One of the premises of anti-racism is to reveal the mechanisms through which the signifier ‘race’ activates certain representations about people and articulates social hierarchies that become the norm. However, there is an ‘unutterable’ element in racism, something that can never be expressed, but motivates a certain type of action towards and treatment of difference. Artistic expressions, such as dance performance, have an anti-racist potential because they reach the realm of the unutterable, they can capture the primitive motivations that ignite the forces of racism and can also extinguish them.

A Roundhouse-Museum for Feliciano Lana, the Son of Dream Drawings
Thoughts on Art and Politics
CARLA Researcher in Webinar on "Creative Engagements on the Front Lines"