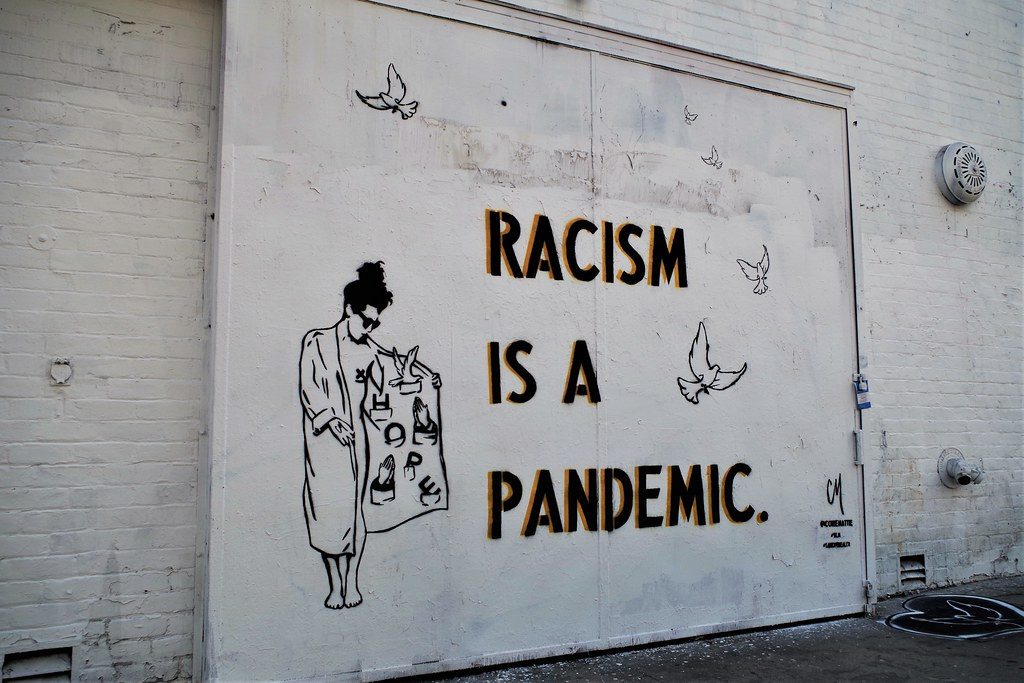 Anti-racist art in the UK and Latin America: A conversation event

We will be holding an on-line conversation between Black and Indigenous artists based in Latin America and in the United Kingdom who have been staking out new territory in the art world, widening the discussion about questions of racism and racial difference in the domain of art and culture. Their work disrupts racist and colonial legacies, images and tropes that still pervade contemporary art, literature and culture in general in Latin America and the UK. The conversation will explore differences and similarities in the artists’ experiences in these very different cultural contexts, which nevertheless share deep roots in colonial histories.

The conversation will be held in English. There will be a Q&A with the audience to follow.

This activity is funded by the ESRC Festival of Social Science.

Brazilian indigenous artist, activist and feminist Daiara Tukano is a member of the Tukano indigenous people from the Amazon. She has a Master’s degree in human rights from the University of Brasilia, and, as a political correspondent and coordinator of Rádio Yandê, the first Indigenous web radio station in Brazil, Tukano has been at the centre of the fight to protect the Amazon rainforest from destruction, and is also a vocal campaigner for women and human rights.

Afro-descendant visual artist, born in Bogotá. She graduated from the National University of Colombia and has a Master of Arts from the University of Illinois at Chicago. She has worked in different regions of the country seeking to contribute to the struggles of the communities through collective action and a critical artistic practice. She explores memory and power through questions of representation, identity, discourses of race and development. She has had solo and group exhibitions in Colombia and has also exhibited internationally in Europe, Asia, America and the Caribbean. Understanding artistic practice as integral, she works in all dimensions of the artistic field. She has worked with the Culture Sector in the city of Bogotá and is currently Subdirector of the Arts at the Instituto Distrital de las Artes de Bogotá (IDARTES).

SuAndi is an internationally recognised poet and performance artist. Her one-woman show The Story of M is now on the A-level school syllabus in the UK and she is a popular conference speaker on the positioning of Black lives and culture. Her libretto for the opera Mary Seacole was seen by a sell-out audience over seven days at Convent Garden. In recent years, as the freelance Cultural Director of National Black Arts Alliance, SuAndi has worked to preserve the history of the pre- and post-war African and Caribbean communities in Manchester UK.  The moving memories and histories of these families have been collected into the works Afro Solo UK and Strength of our Mothers. In 1999 SuAndi was awarded an OBE for her contribution to the Black Arts Sector. She has also received honorary degrees from Lancaster University and Manchester Metropolitan University for her work in the literature and the arts in general.

Ekua Bayunu, ArtistActivistGrandmother, was born in the UK, an African Englishwoman of Irish and Nigerian descent. She studied Sculpture in London and on graduating, passionate about working with people, became involved in participatory arts projects there. Arriving in Manchester in the early 1990s with a raft of community arts experience, her practice continued with the delivery of a number of highly acclaimed arts projects, as artist, curator  and project manager, working nationally. At Manchester’s Contact Theatre, as Associate Producer and Head of Creative Development, she oversaw the delivery of participatory work with people aged 13-30. In Derbyshire, she worked with the council’s Arts Education Consultant to develop a ground-breaking programme of creative interventions with young people in their care. In Edinburgh , she developed Create, an innovative programme of arts with children under 5 and their families. Turning 50 in 2011, Ekua refocused her arts practice on her own sculpture and filmmaking, becoming Associate Artist with Chuck Gallery, African Modern and Contemporary Art in 2016 and Artist in Residence in Alexandra Park, Manchester in 2018. Her work reflects her passion to construct images of humanity embodying the inherent beauty of all people celebrating nation, class, gender, size, sexuality and disability, stemming from her own life experience. Most recently, she has added a live art element to her practice and was commissioned 2019/20 by the Whitworth Art Gallery to produce a new live piece to launch their work with older artists.

Memories of the Past, Fear of the Present: Being Indigenous in the Face of the Pandemic
Deconstruyendo la blancura argentina: una conversación con intelectuales afro, indígenas y marrones
New podcast with Eskina Qom, Indigenous hip hop duo from Argentina