The smart city is here but ‘unevenly distributed’:  we have next generation urban engineering, along with political surveillance, corporate data extraction and extremist conspiracies.   This theme explores some of the most topical and urgent questions of our time: how to navigate the moving tech frontiers, how to resist ‘surveillance capitalism’, and how can ‘smarter’ technology work with ‘wiser’ human systems?

Key issues and challenges include: 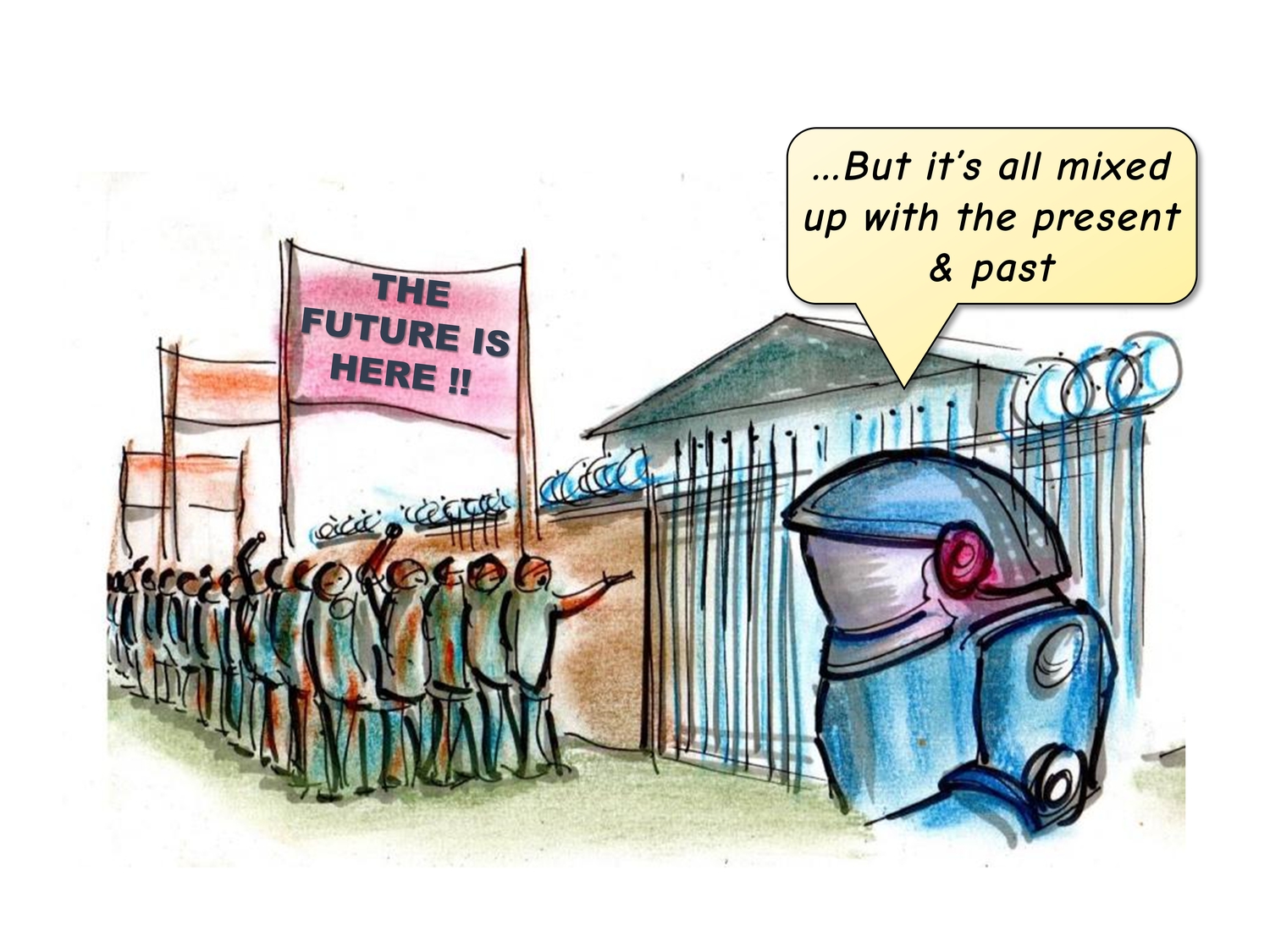 This is not the whole story, but it’s one way to get started…

The table here is a first mapping of the evolutionary stages of technology-society interactions, and possible pathways from ‘smart to wise’.  It can also be a self-assessment, and the basis for a ‘smart-wise scanning tool’ (if we can find the right indicators).

The 3 columns show  a summary of different kinds of technology responses to human situations:

With this schema, we can explore a Nexus of problems, contradictions, challenges, in the domains of social, technical, economic, ecological, political and cultural (with all relevant inter-connections).  And then we explore the potential ‘Connexus’ based on transformation pathways in each of these domains and their inter-connections.

So – as of 2021, the smart city dream and business proposition, promises a city with zero traffic jams or wasted energy… it does not question how and why, some citizens have 10, 100, 1000 times the material & energy access of other citizens, in fact it helps to reinforce these structures…

So if we can envision an alternative future, these ‘smart-wise city’ systems will actively enable another kind of social-economic-political  structure, one based on equality diversity & inclusion…

“In post-industrial 1990s Manchester we were setting up Electronic Village Halls, and training young entrepreneurs in deprived communities to hook up their modems and ‘surf the net’ into digital opportunity. A generation later, the digital world has multiplied up in speed and capacity – but the human world it seems, has multiplied up in inequality and alienation. The homeless or working poor on the streets of Manchester don’t seem to fit in the fabled ‘smart city of the future’ – a winner-takes-all city, where technology just increases the efficiency of a system which is basically flawed. The logical conclusion of the technology curve is the Chinese Social Credit System, which extracts all data from services, work, travel, shopping, leisure and media, and rates every citizen for ‘trustworthiness’ and loyalty, which then determines their ability to work, travel or meet friends and partners.[i] Another logical conclusion comes from the tech giants, with a prototype in Toronto, where Google Urbanism aims for a fully sense-able, connected, cognitive city, leveraging hyper-big data for a totally immersive business model.[ii] 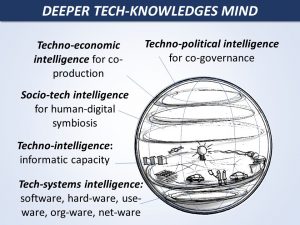 Behind the techno-utopias, we might see a ‘smart-but-dumb’ city of anaesthetized consumers, a ‘paranoid city’ of trolls and extremists, a ‘digital enclave city’ of high-frequency gentrification, a ‘surveillance-capitalist’ city of pirated data, or a ‘solutionist-determinist’ city ruled by invisible algorithms.[iii]

So, if we look for new technologies to save the day, and bring about inclusive and sustainable cities, we might be disappointed: the dystopian visions from Orwell’s 1984 seem more plausible every day. While we play with apps and ‘likes’, the tech giants, financial speculators, surveillance agencies and cyber-gangsters are busy expropriating ‘our’ information and its endless potential for power and wealth. All this comes to the surface with smart cities, a bandwagon which seems unstoppable, with global markets estimated at $400 billion.[iv] And the scale of transformation is truly global, with over 2 billion people on Facebook, 2 billion online and 4 billion with mobile phone access (also note that any examples quoted at the time of writing will be obsolete very shortly…).

So how does this fit with our quest for ‘wiser’ technologies, and their role in human collective intelligence? This is the latest phase in a long journey, from the emergence of language, to the invention of writing, printing, libraries and telephones. But with the digital dimension of ICTs (‘information/communication technologies’), a.k.a. ‘informatics’, the speed and scope of change multiplies up. Sketching the shape of a deeper technology mind, many layers appear in the first sketch here. There’s a basic information system layer, along with layers for a collective techno-economic intelligence, techno-governance intelligence and so on. And each of these can work in different ways:

This three-part scheme is a simple guide to a complex situation, one of disruption and turbulence, an unknowable future of existential dilemmas. Informatics has immense potential to enhance collective intelligence, as human minds and digital minds become ever more symbiotic. But the same technology is shaped and used by human interests of wealth and power: replacement of the workforce by robots bring new inequalities, and smart cities bring new dependencies, as in the Nexus graphic here. The implication is that collective human intelligence will be stretched to its limits, to tame its own dragon, to manage the extraordinary power of its own creation. All this frames our perennial questions: 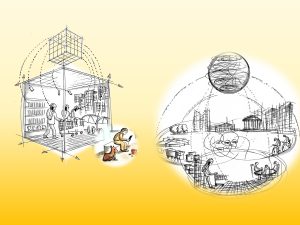